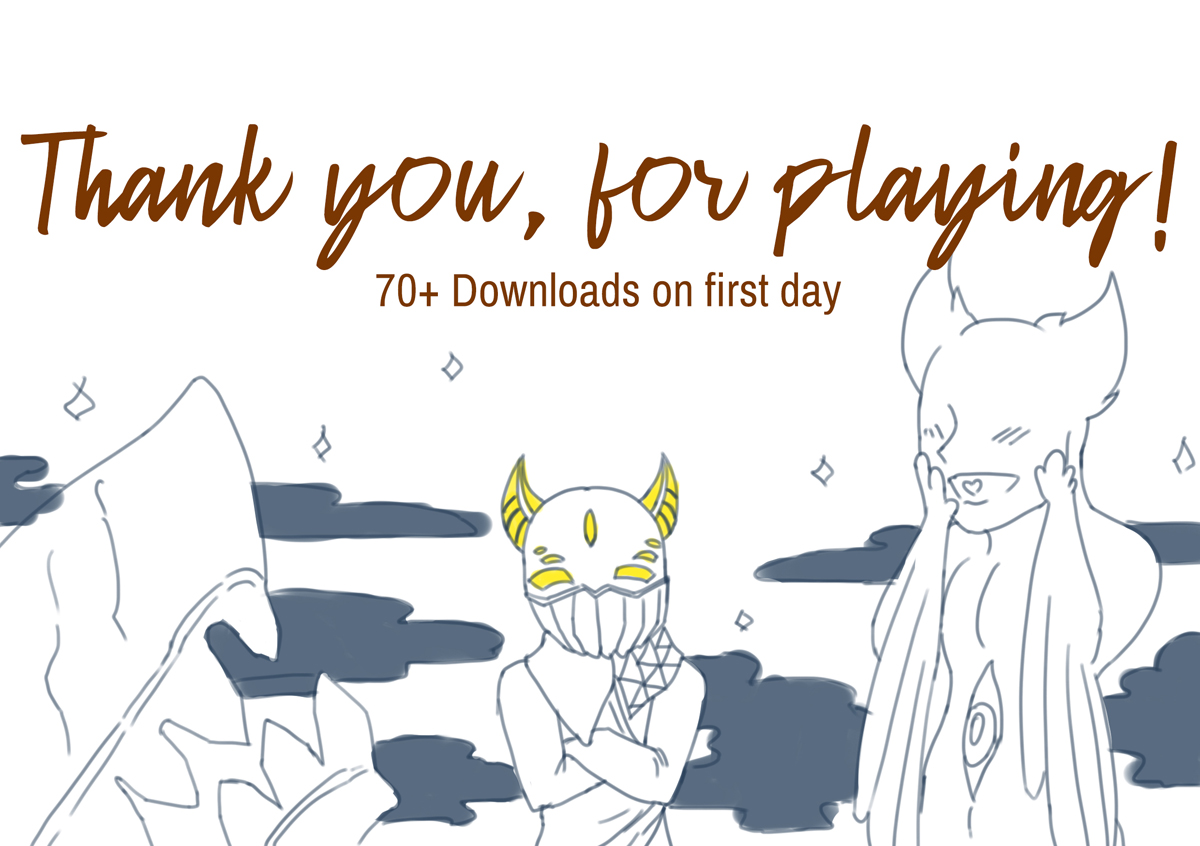 First of all, I'm overwhelmed by the mount of plays for Marigold on its first day! Especially since this is my first Bara game (with a character whose appearance is much older than my other characters)  to boot! I've also been quite fortunate to meet other bara jam devs during the jam and got the chance to talk to them before things got pretty busy.

So the first thing I tried to experiment with this game was making it more text heavy. I thought it would be cool for you to be able to choose bits of the protag's past (a bit like what some character creations let you in some games!). But maybe I should space things out and maybe restructure the game a bit?

I'm not sure if it works, but please let me know what you think in the comments! Either here or in Marigold's page. :)

On to the character designs. 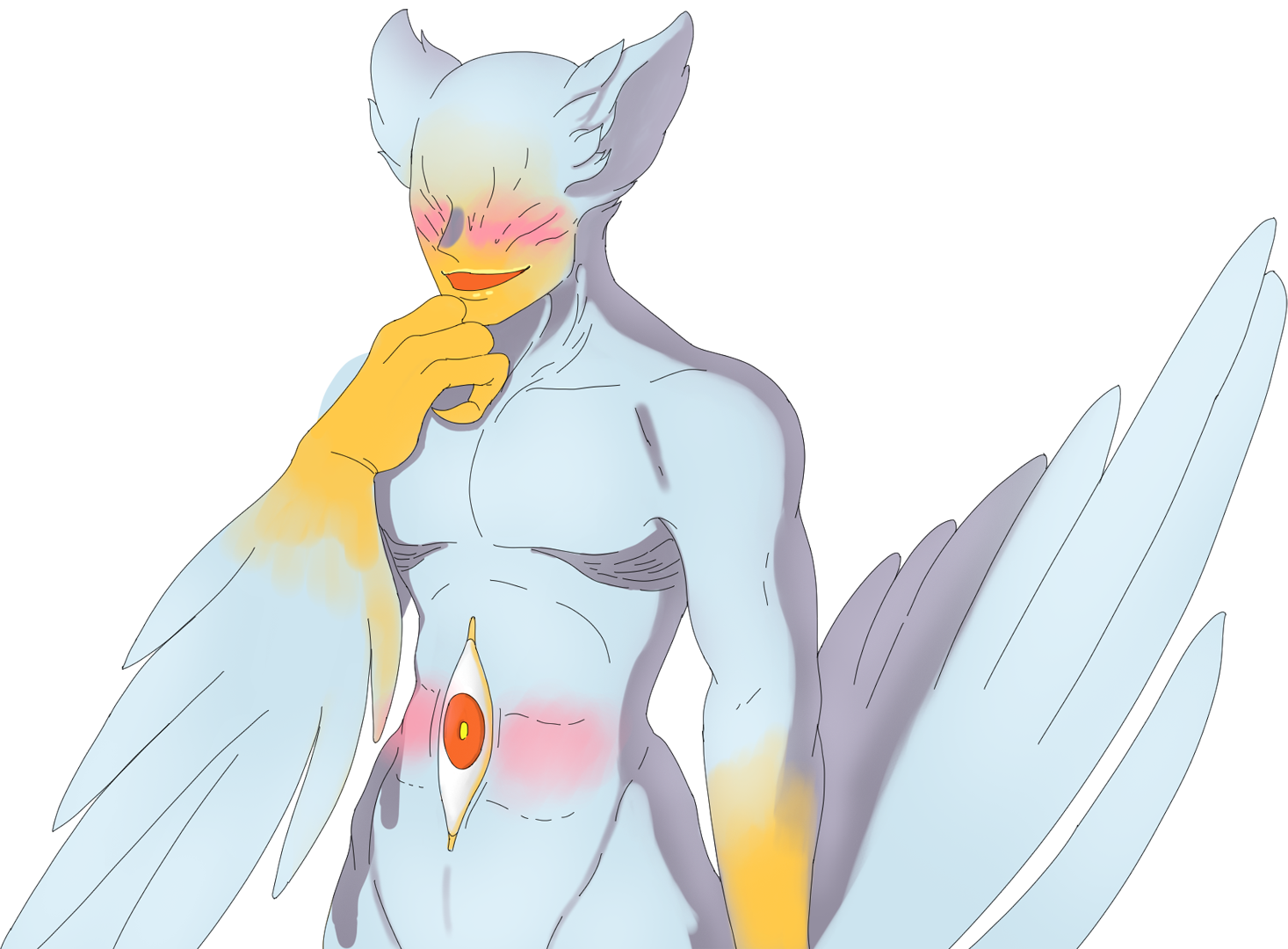 I have a lot of bias toward's Star's design. He's a dork who tried to make himself look very appealing and cute; however, the real Star is the eye on the belly area. The upper portion is like a "puppet" to make him appear somewhat humanoid and give you a false sense of security.  He loves attention and tries to take up 80% of the game's screen~ 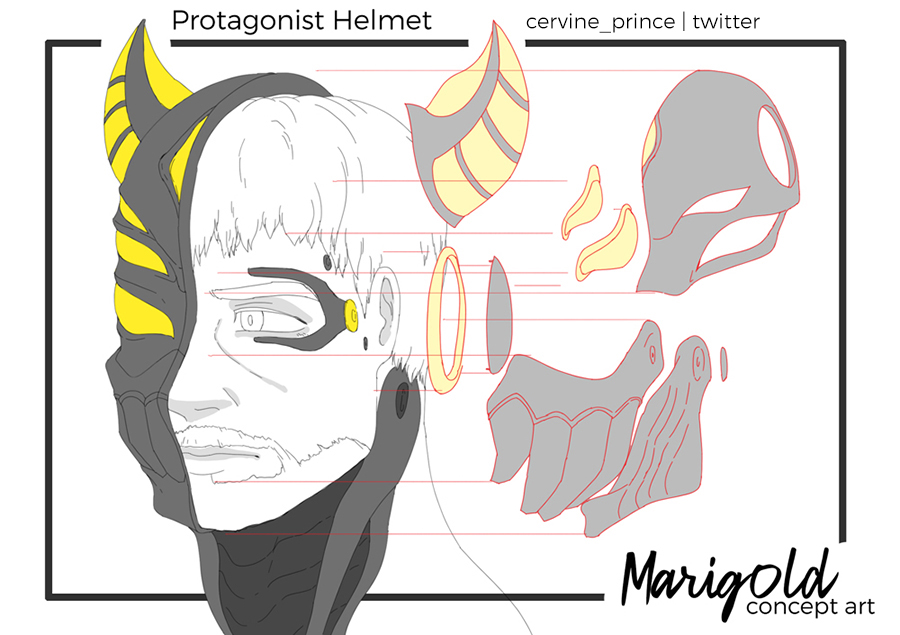 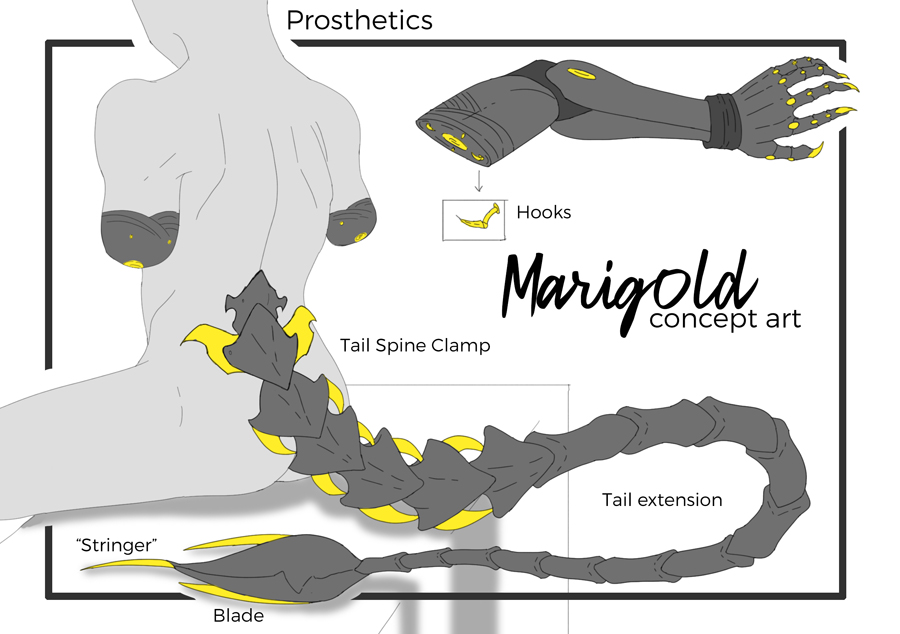 Protag(Felix)'s Prosthetics concept art was one of the fun challenges in Marigold's designs. While they didn't have a big part in 0.5, I'm hoping they will get more screen time. I love seeing concept art from sci fi games or films or just concepts online, because artists try to break them down and make them work somehow. 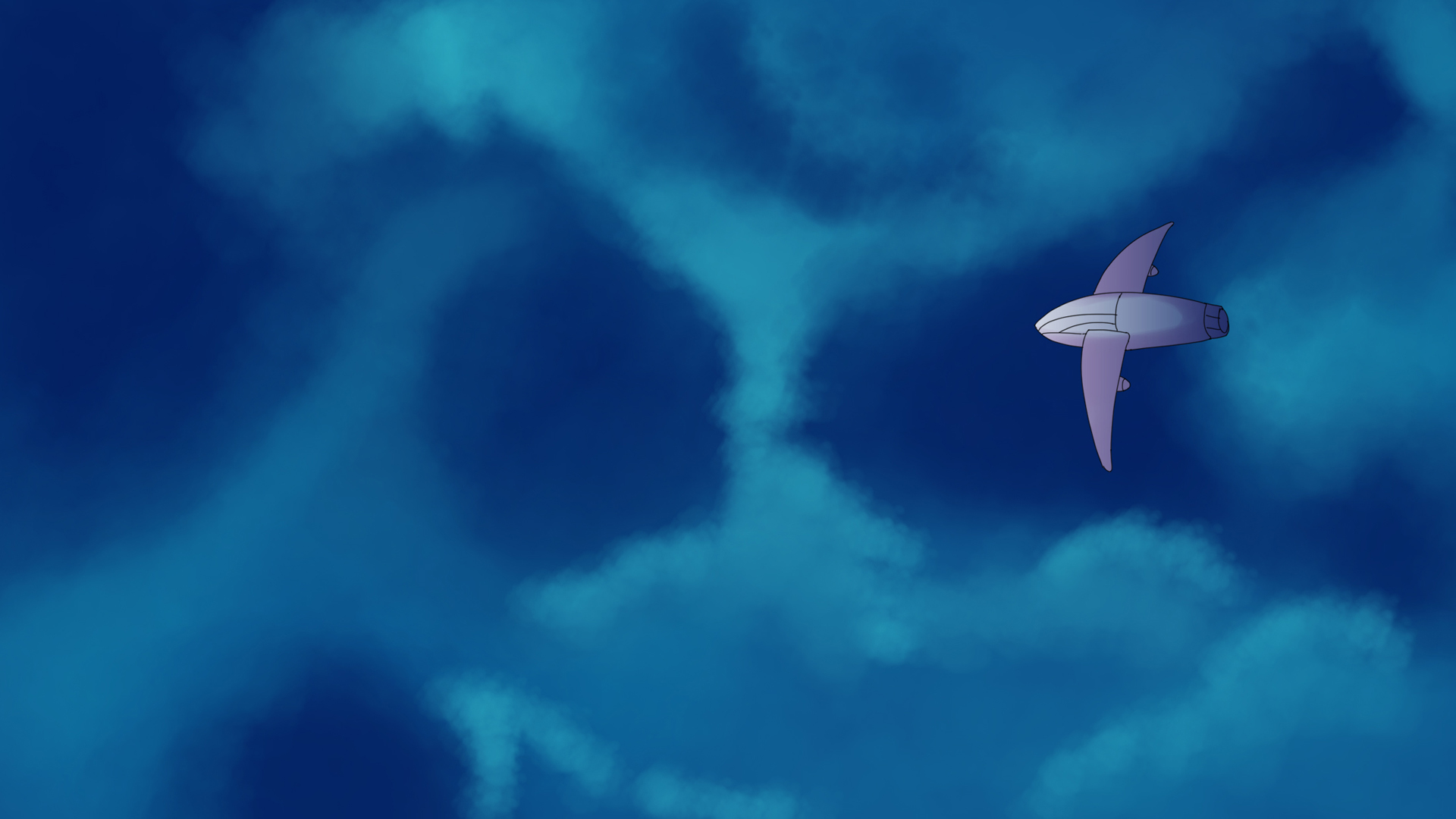 One of the challenging things for Marigold, that I look forward to, is improving the space ship design that the protag is lost in. At the moment it looks like a blob. or somewhat resembles a spaceship.

Since Marigold 0.5 doesn't contain much art of the Leviathans and Locke the AI, they won't be covered in this post.

Thank you for reading this far!

I wanted to try and make this about Marigold's dev, but became me rambling instead...

Lost in space and moments away from death, what do you do?

Didn't get to comment on this when it came out because I gushed at you on Discord, but I want to publicly say how proud I am of you! Your stories started really good and intriguing, and they only keep getting better and better! Thank you for sharing these games with us. ;w;

i agree with touha~! i thought it was very interesting to choose bits of his past! i loved that aspect! i also really love scifi so seeing all the concept art of his mask and stuff is super cool! CONGRATS~!! and, of course, i'm excited for more from you in general. keep up the great work! :DD

Thank you for letting me know!! <3

I'm glad to hear that you look forward for more games from me!

You did such an amazing job on this game, you should really be proud! And I love the text heavy approach, I think it suits the game perfectly :).